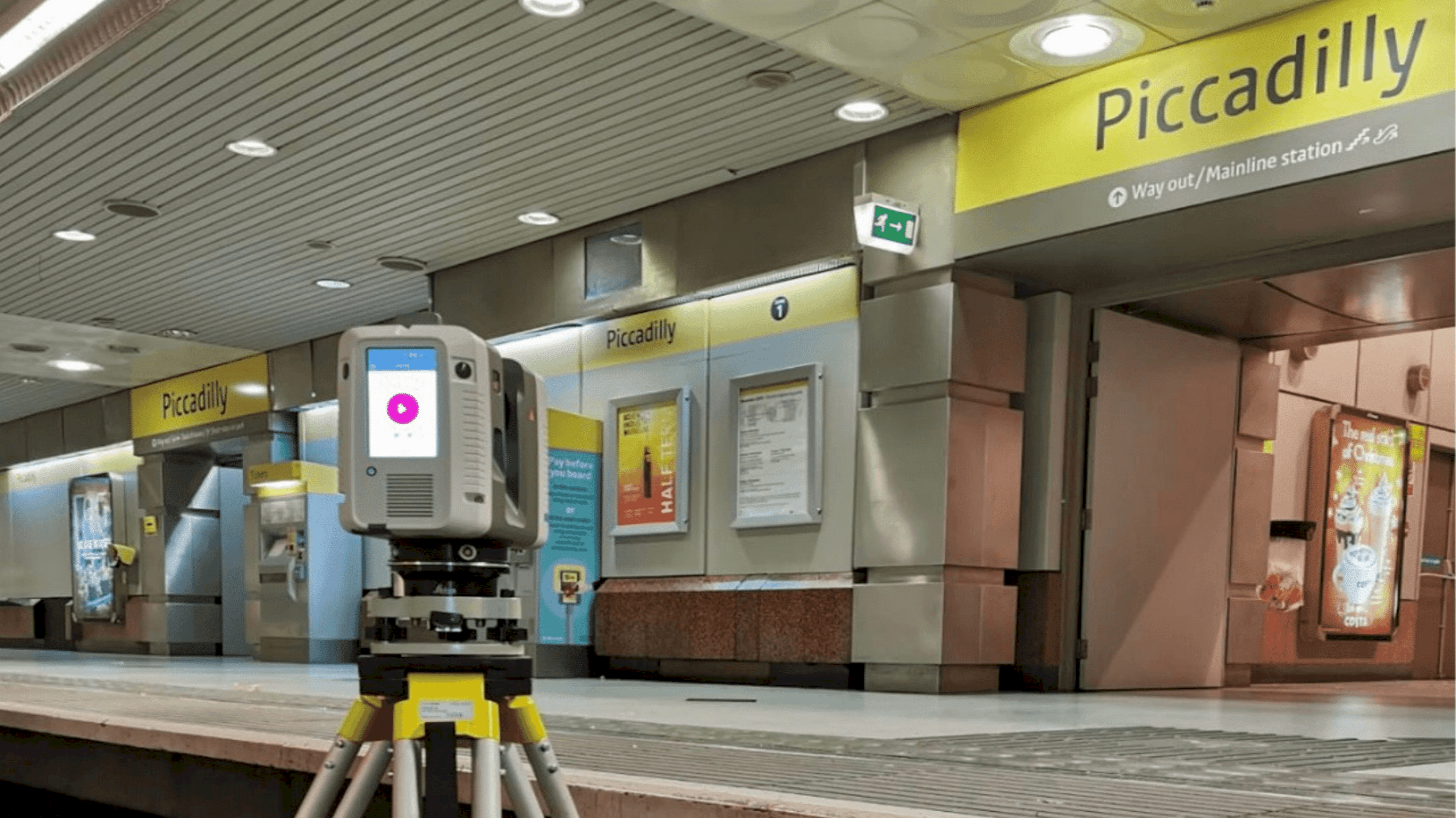 Scantech International are a professional surveying company using the latest laser scanning technology as well as software to produce accurate and efficient services.

At Scantech International our offices are very local to Manchester (approx. 15 miles away) and we have done a numerous number of key landmarks In and around Manchester.

Some of these consist of.

We were required to produce a 3D point cloud and 3D model of terminal 2 to for the 1-billion-pound renovation that planned for the extension of terminal 2 over the next 10 years.

Between September – December we scanned 10 metro stations in total with the main ones being Manchester Piccadilly, Manchester Airport & Salford Keys. We did a 3D Laser Scan capture all trackside assets as well as platform assets and traversed through the metro to produce a 3D point cloud of all metros.

Manchester University needed a 3D point cloud and a topographical survey of its plant rooms and rises. We were required to do this so they could see the elevations to continue with the work they had planned.

We use the latest laser scanning technology on the market which is able to complete 2 million measurements per second at 30 seconds a scan. This help reduces the time required to survey busy or large areas without the need for any interference with the public or public areas. If you require a 3D laser survey in Manchester City Centre that can be considered busy, don’t hesitate to make an enquiry.

Other Services we provide

Other than 3D laser surveys, we also provide a range of services that consist of:

We have done many jobs which were required to remain confidential during and after the job was completed. If you have any enquiries that you’d like to keep confidential then please Contact Us.