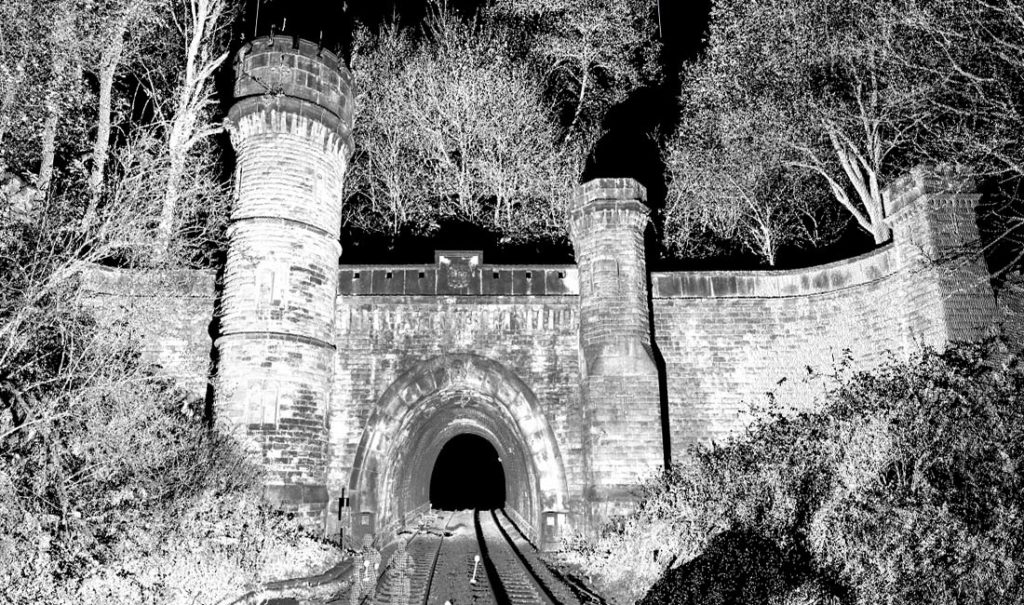 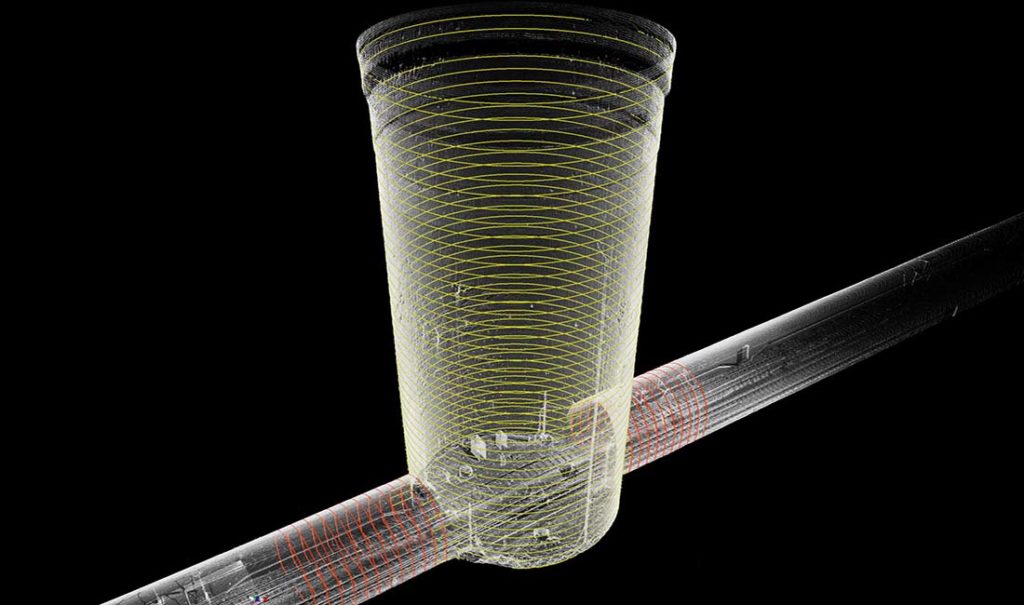 We have been carrying out Railway Surveys for the last 15 years predominantly utilising static laser scanning allied to traditional surveying techniques to capture the topography and features within the rail corridor as this provides the 5mm accuracy required for detailed design. The individual scans are registered together to produce an overall pointcloud of the required area.

The resulting point cloud represents the entire scanned volume and this data is used to generate 3D models and 2D data including alignment strings and CleaRoute data. This data can be transferred into AutoCAD and Microstation as well as specific applications for Pway, OLE, Civil and Structural design.

All our site staff are PTS trained and we are “Sentinel” registered and “RISQS – Railway Industry Supplier Qualification Scheme”’ approved. We have the ability to mobilise our workforce at short notice and we are used to working at night within possessions where time is at a premium – an important consideration. Our surveyors also have experience of working on London Underground (LUL), Docklands Light Rail (DLR) and the Liverpool Underground Network.

The Inside Running Edge

One of the first actions after our company formation fourteen years, ago was to engage with Pway engineers to determine how to measure or capture the virtual inside running edge of the rails using laser scanning. Thanks to that engagement and our background in engineering we have developed a technique for capturing the inside running edge of the rail using laser scanning and we have demonstrated the accuracy of this technique in several trials for leading consultancies. To date we believe that we are still the only company able to demonstrate this capability.

Since the introduction of the Network Rail Specification we have had to carry out alignment surveys in line with their specification using the rail shoe but this has also been useful in providing on-going proof of our ability to accurately capture the rail alignment using laser scanning as we overlay the rail shoe alignment onto the registered pointcloud as a secondary check on the registration.

Safety on the Railway as in any other environment is of paramount importance and we have never had any accidents or incidents since the company was founded in 2002. Laser Scanning surveys can contribute to a safer working environment in many cases as :

Engineers normally require a minimum of 5mm accuracy for design on most of the railway infrastructure. By utilising laser scanning linked to control points coordinated by Total Stations we can guarantee the required accuracy. Additionally laser scanning can:

We have over the last 14 years surveyed hundreds of tunnels and bridges on the rail infrastructure using laser scanning. Early in 2004 we carried out a series of trials with a major consultant and witnessed by Network Rail to prove our capability to accurately gauge structures. In fact the resulting report compared our measurements favourably against traditional laser sweep equipment and highlighted the following advantages :

Depending on the scope and deliverables the cost is is usually cheaper compared with traditional methods of surveying/gauging. When working in normal daylight hours in a Site Warden Protection zone the time taken to carry out the survey and produce the deliverables is significantly less than “normal possession working”.

When considering the cost, time and the other advantages, Scantech’s laser scanning service offers significant benefits compared to traditional surveying 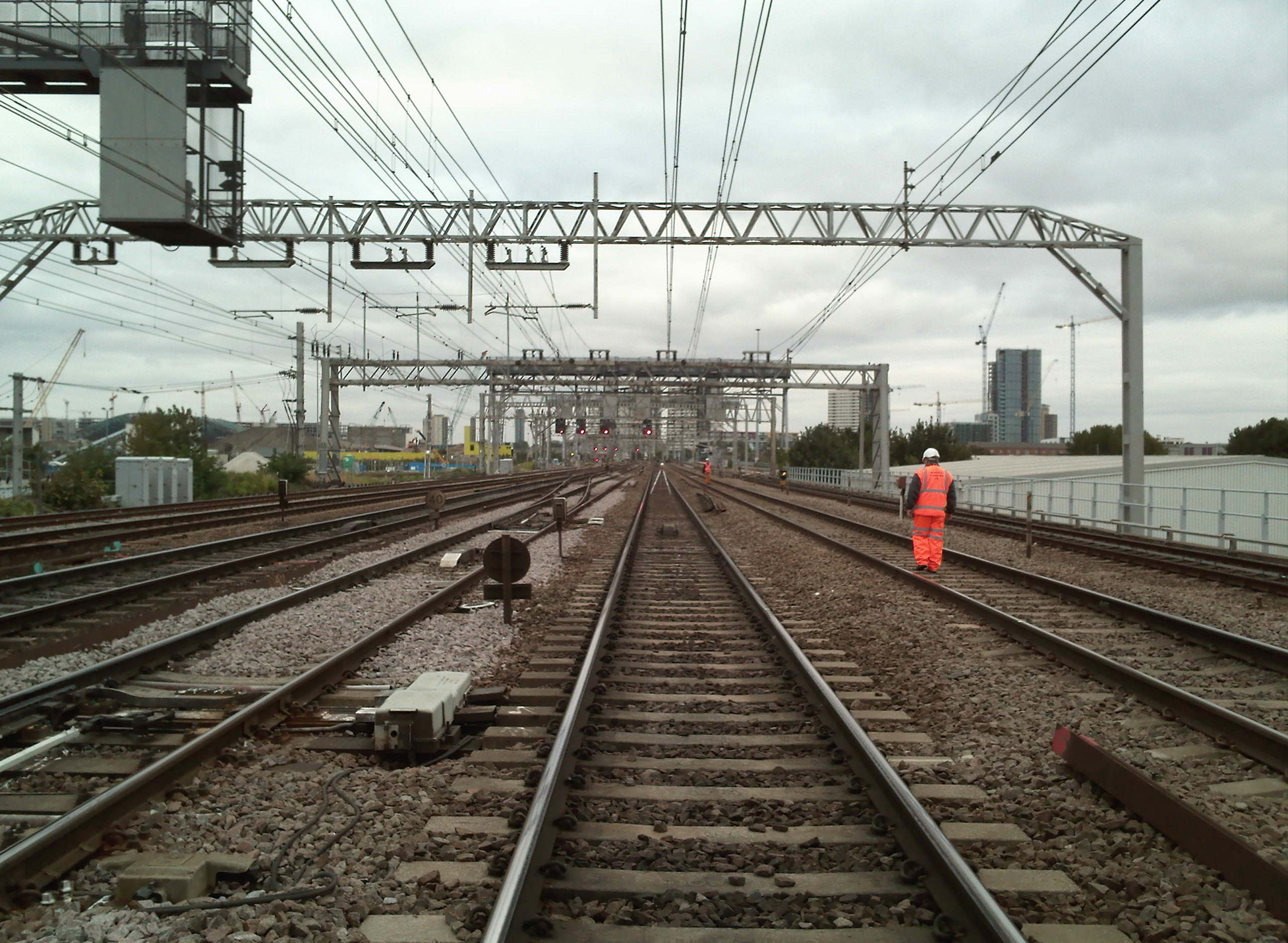 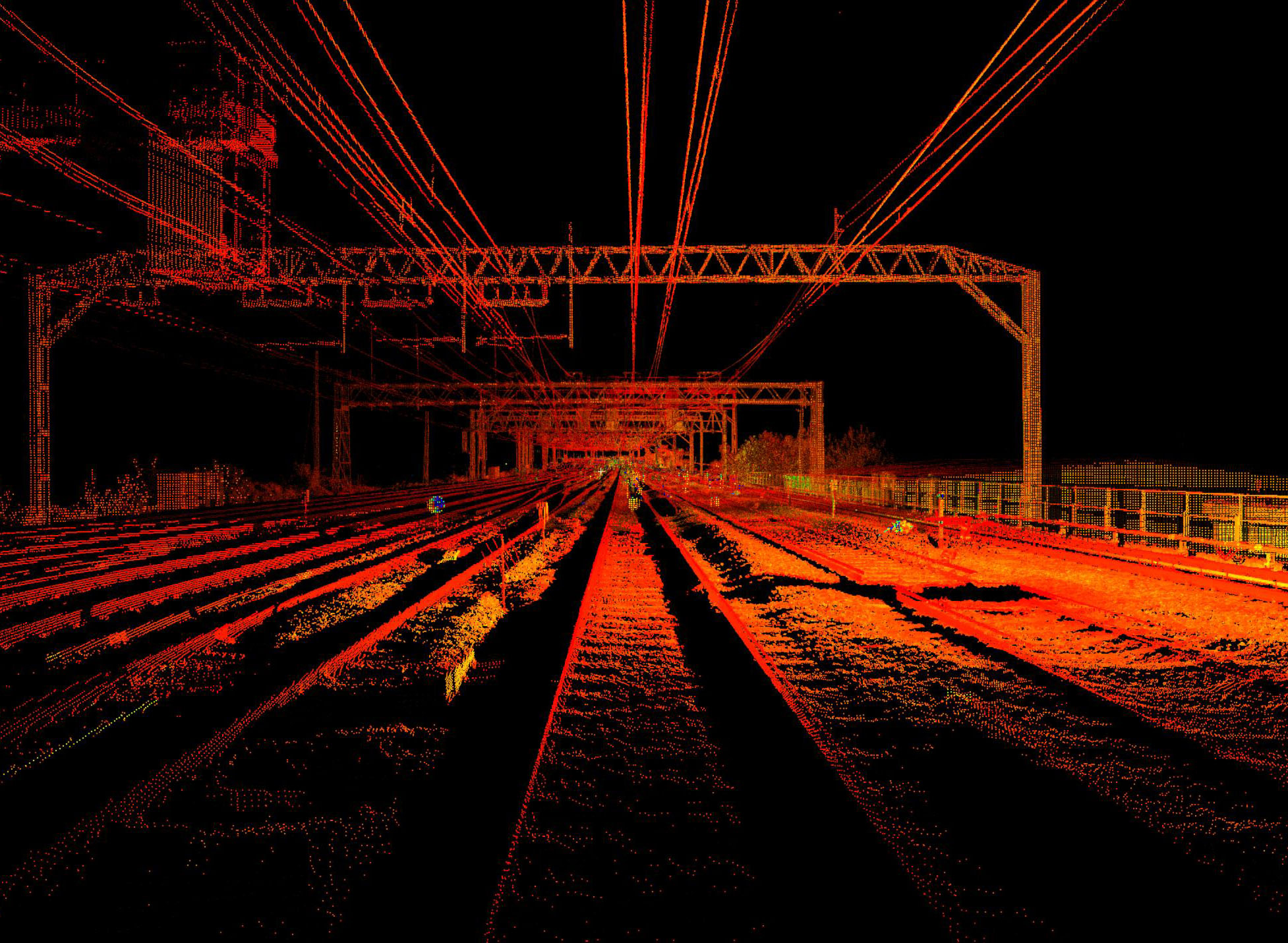 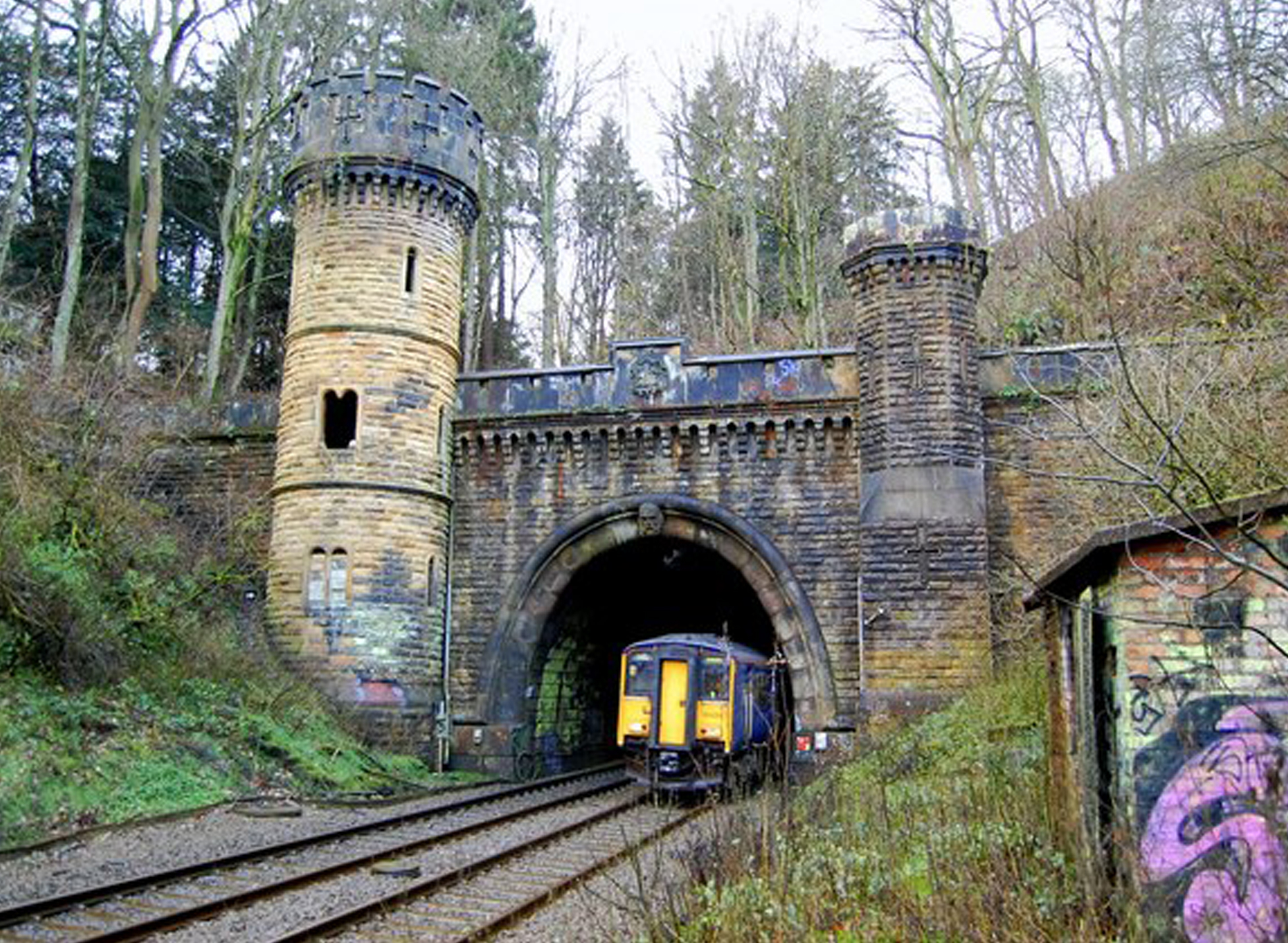 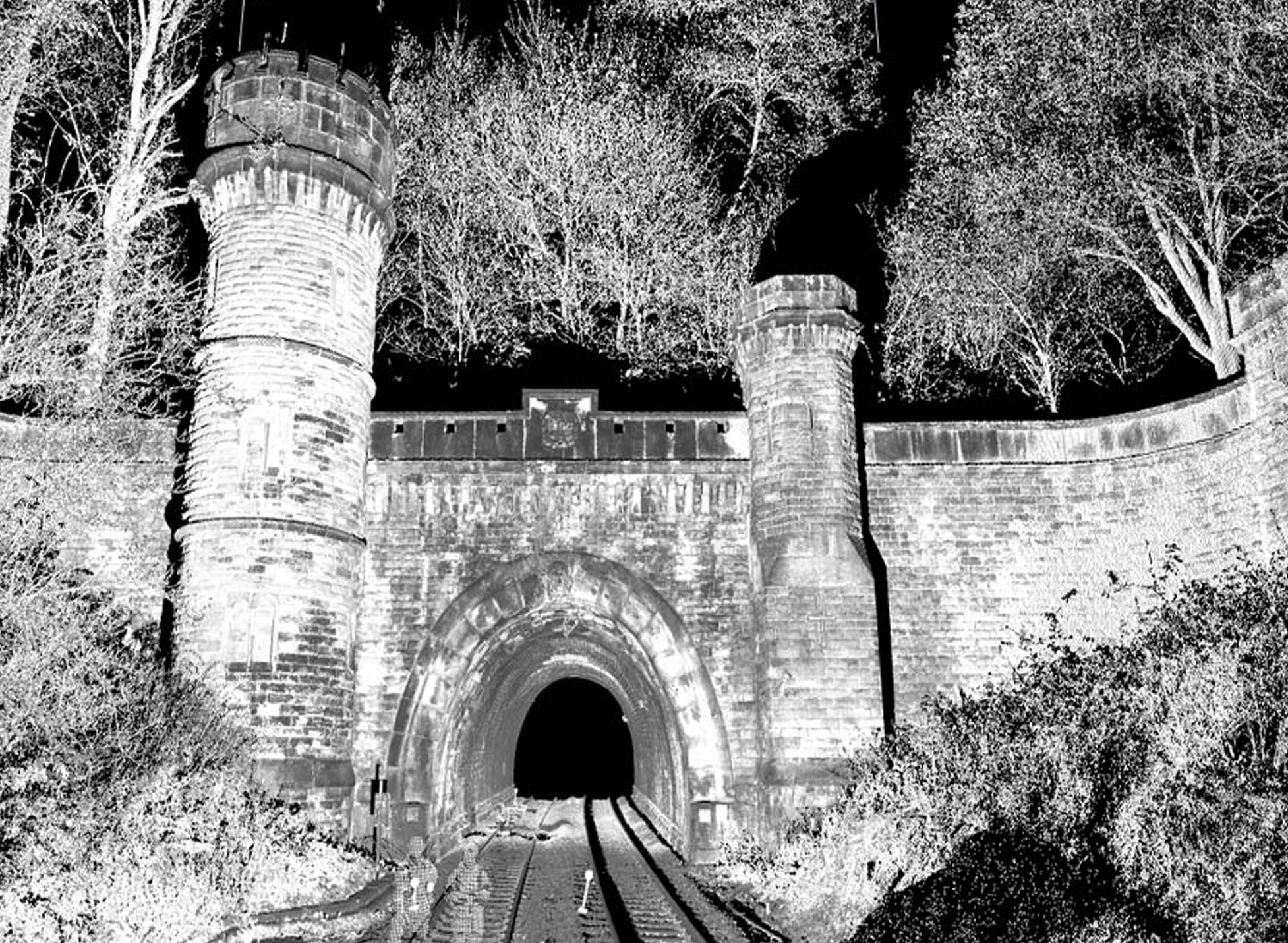 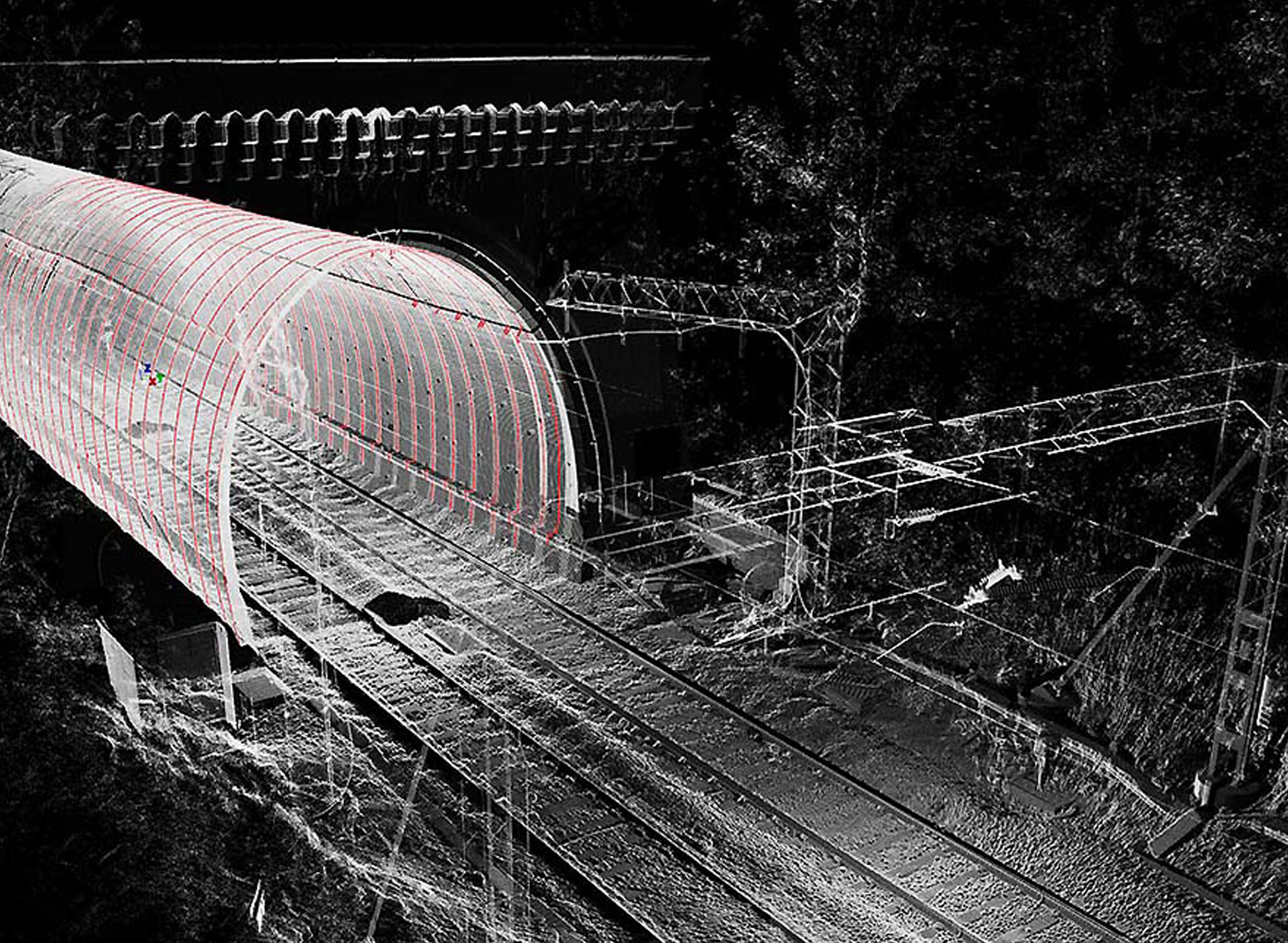 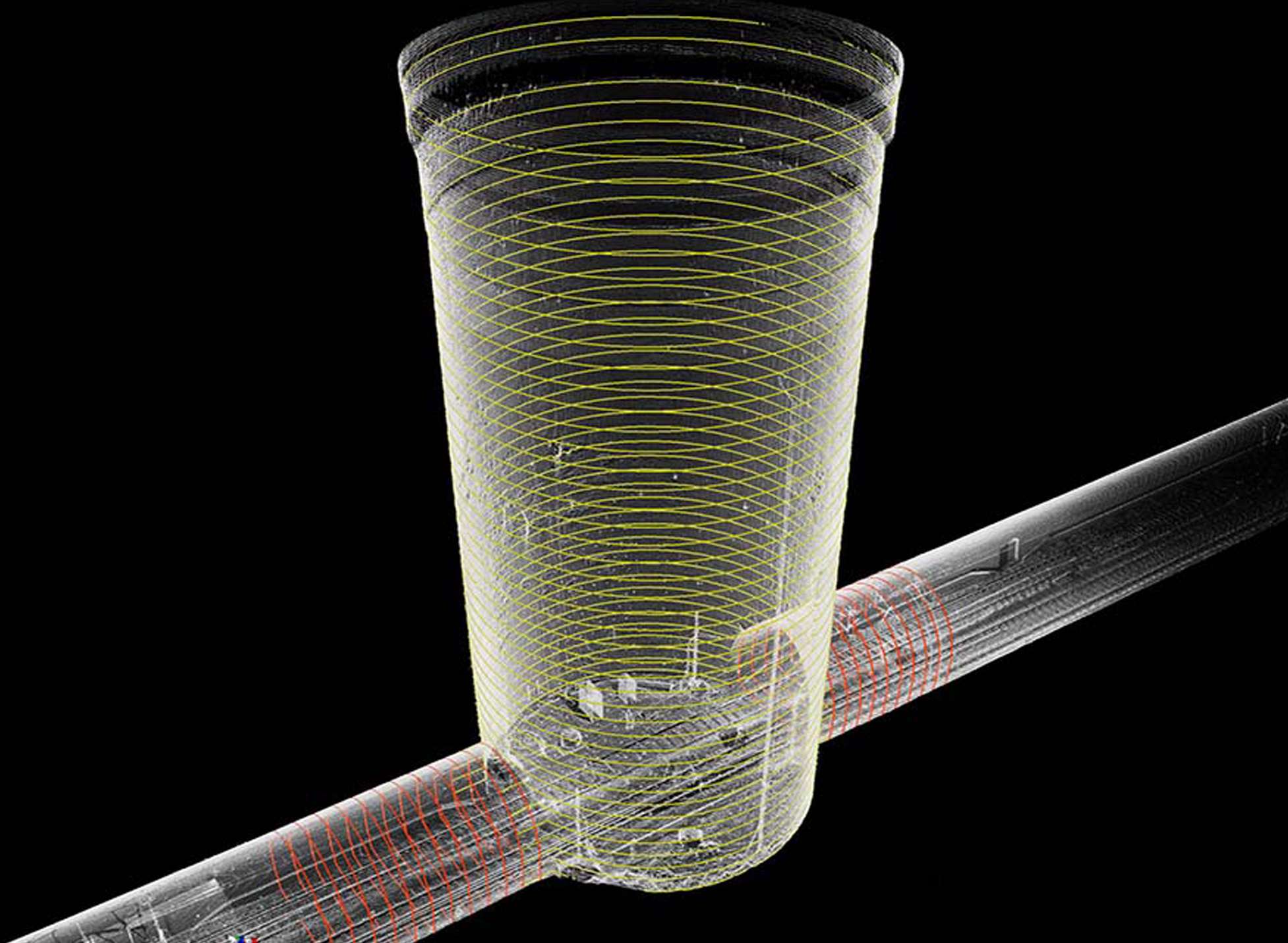